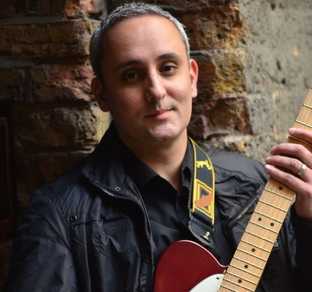 Steve's interest in music began at the age of 6 when his parents purchased a casio electronic keyboard which in later years moved onto a two deck organ with bass footpedals. Steve was tutored through the Associated Board of the Royal Schools of Music, taught by the wife of the original drummer of The Zombies, Hugh Grundy.

In 1997, Steve began performing in a trio where he first found his love for sixties music and rock and roll, playing the keyboard and providing backing vocals. With their drummer determined to become university educated, it soon became a very successful duo performing at pubs and private functions across Hertfordshire. Steve also became part of a sixties six piece band which continued to take him all around the UK and France.
A keyboard player at heart, he was determined to add something more into his performances. It was then that he found his voice and passion for the guitar.

Since then, he has built a large and ever increasing repertoire which he has turned into an energetic live show that guarantees to get people on the dance floor and singing along, performing at numerous pubs, weddings, parties and hotels as far as Greece.

Steve will learn first dances, special song requests and DJ for free in between sets. You can tailor the service to whatever you want, from early arrivals to late finishes, nothing is too much trouble.

Steve is married and has a daughter and two rather energetic and sharp-clawed cats and enjoys nothing more than BBQ'ing come rain or shine!

As wells as private events, Steve continues to perform at public venues which are listed on the 'Gigs' page. Why not come along and say hello 🙂

So why should you book me?

Whilst I always have fun at gigs and I love my job, I take everything very seriously, from ensuring a prompt and early arrival, setting the equipment up safely and securely, interacting with your guests and ultimately giving YOU what you want.

I have tons of experience in performing to audiences, something that can only be gained with years of learning, hard work and persistance.

I heavily invest in my equipment, ensuring that I have reliable and quality instruments. My new PA and speaker system is shown here. It's incredibly discreet but has enough power to fill a hall with 500+ people. 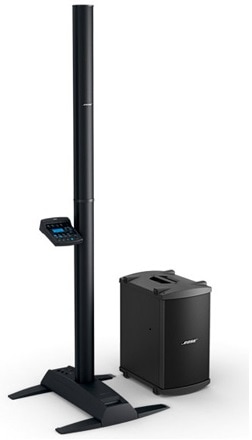 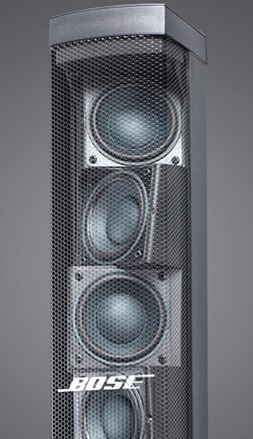 But surely that means it's just really loud?
That's what you'd might think, but it's actually more advanced than that! In fact, this tall speaker actually consists of 24 smaller speakers, each pointing in a slightly different direction.

OK, That's great but what's the point?
Ever stood directly in front of a speaker? It will be very loud as the audio is being forced straight forward. Therefore those right in front will take the full force! Move to the left, right or further back, then the audio volume will noticeably drop. Volumes are usually set quite high to push the sound out.

This is not a problem for the Bose system.

The many speakers face different directions, therefore the sound is spread consistently and evenly across the room. This means my music can be played at a level which is enjoyable and comfortable to listen to which will still allow your guests to hear each other.

I now use only LED and COB LED Lighting. For most venues, LED's are sufficient however for larger halls / stages, my COB LED stage lights are ideal for creating a wide colour spread to suit the mood of the event. 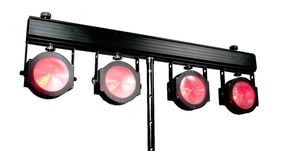 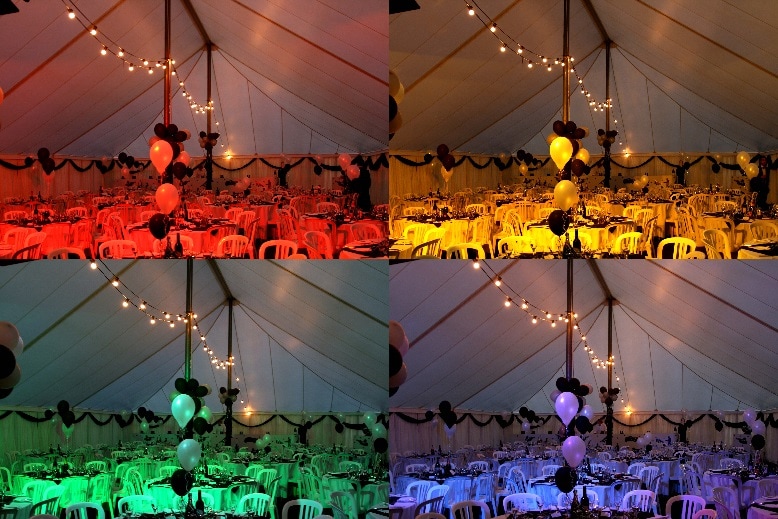 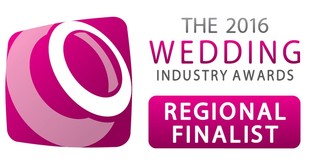